A new distribution strategy for Krispy Kreme in the United States 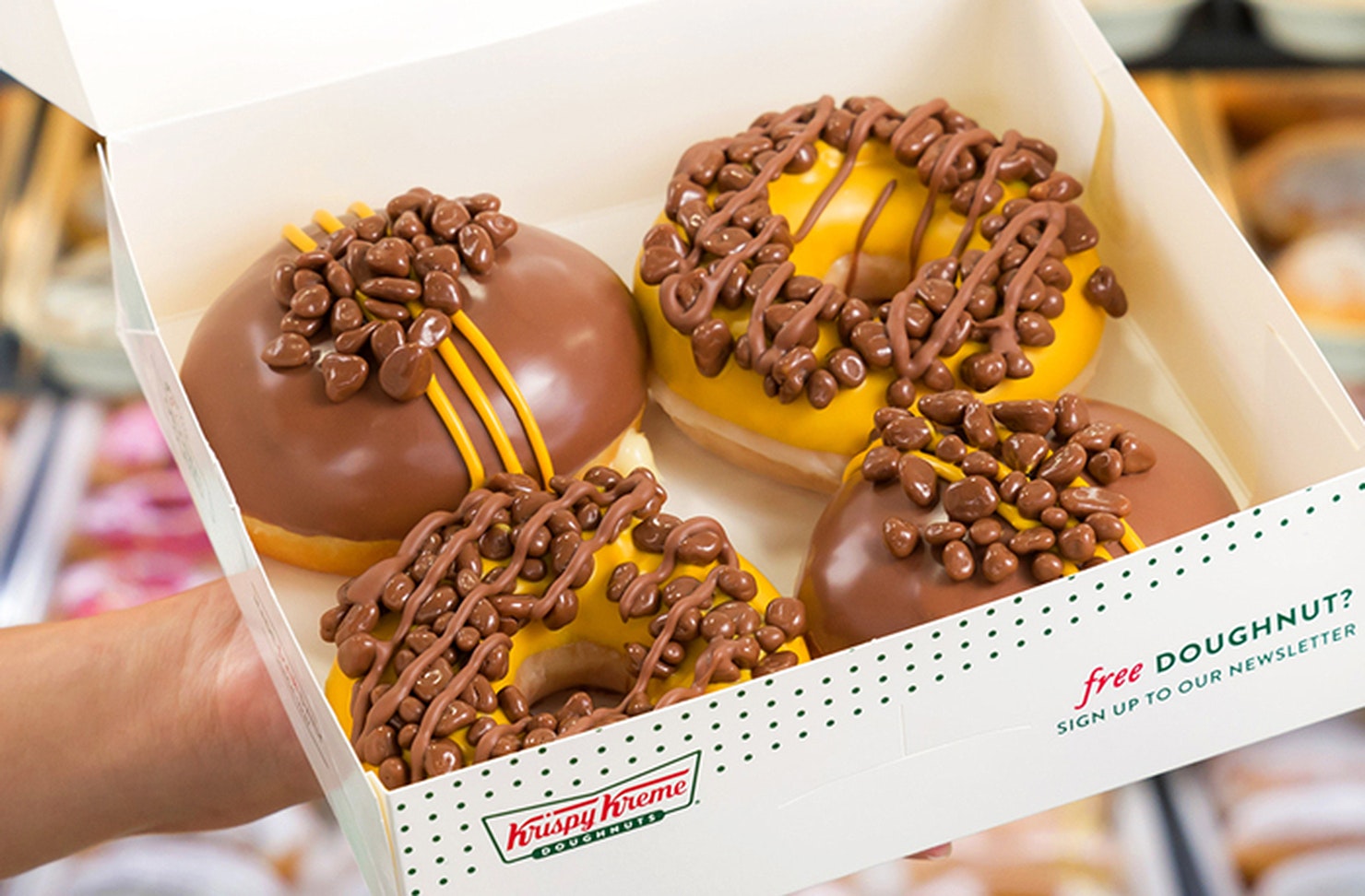 Mr. Tattersfield explained that the foreign exchange headwinds of $2.7 million, coupled with a very tough margin comp in the UK, caused adjusted EBITDA to fall marginally to $47.4 million in the quarter despite good organic revenue growth.

It’s common knowledge that several of our US-based “legacy hubs without spokes” are struggling financially, he noted. “We understood that not every shop would remain as it was when we purchased the system over the past few years in order to govern the brand and begin adopting our hub-and-spoke model, in particular hubs without spokes. Shops that are not ideally arranged to handle DFD (delivered fresh daily) may be switched over to a different format, and unsuccessful businesses may be closed.

According to Mr. Tattersfield, “weaker performance in our hubs without spokes, cycling a banner quarter from our vaccine promotion a year ago, and modestly higher promotional activity to help consumers with Acts of Joy and delayed price increase to the beginning of the third quarter” contributed to a slight decrease in Adjusted EBITDA in the United States and Canada during the second quarter.

It’s important to note, though, that “this level of EBITDA is still roughly 50% up compared to pre-pandemic levels and 60% up from 2020,” he added. To counteract the effects of inflation in the quarter, we implemented and are maintaining a number of price and promotion policies. We reviewed prices early in the third quarter and made adjustments in the United States and the United Kingdom. As a corollary, we anticipate a reduction in advertising after August.

The company reports that in the United States, hubs without spokes expanded at a rate 5 percentage points lower than hubs with spokes during the quarter.

“We are examining poor-performing hubs without spokes in the US and intend to eliminate around 10 businesses in the next weeks and months,” said Joshua Charlesworth, global president, chief operating officer, and chief financial officer. These nodes eat into profits and can’t be adapted to support DFD sales off-site. There are many thriving, well-liked neighbourhood markets that lack spokes.

As of right now, 118 businesses in the US are considered “hubs” by the corporation, according to Mr. Charlesworth. Mr. Charlesworth has decided to close 10 outlets because they are “not sustainable in the long run.”

Mr. Charlesworth remarked that the company’s primary driver of organic growth is volume, better distribution to the customer, in answer to analysts’ concern about slowing in the US organic growth number.

As a result of expanding distribution, “9% volume growth in the US demonstrates that essentially we’re selling more donuts every quarter than the quarter before in the preceding year,” he explained. For the answer to your question about what is driving organic growth, the answer is clear: Delivered Fresh Daily. As a result, there will be more ways to get at the donuts and more room for expansion in the DFD cupboards.

The mainstay of our multichannel strategy is online shopping, he stated. We expect e-commerce to account for over 25% of our worldwide retail revenue by 2025, up from less than 10% in the second quarter before the pandemic and 17.2% in 2021 as a whole.

With recent price hikes and great LTOs like our ice cream truck donuts in the US, the company has enjoyed a strong start to the third quarter, with 10% organic growth quarter-to-date, he said, adding that this has so far been enough to offset another summer heat wave in the UK. Third-quarter organic growth was also strong for Insomnia Cookies, as well as for franchises in Australia, Mexico, Japan, and elsewhere.

We have began locking in the first half of 2023 wheat and edible oil prices due to their recent substantial falls in the commodities market. If this keeps up, we may expect a significant slowing of expense increase next year relative to previous levels, with some prices dropping below our 2022 average. Mid- to high-single-digit inflation is where we’ve locked in most of our commodities for the first half of 2023, down significantly from the 20% or more we saw in the previous quarter.

Previous PostIn Ethiopia and Nigeria, EatSafe has launched a competition to enhance food safety
Next PostGuatemalan cheese linked to 40 cases of illness