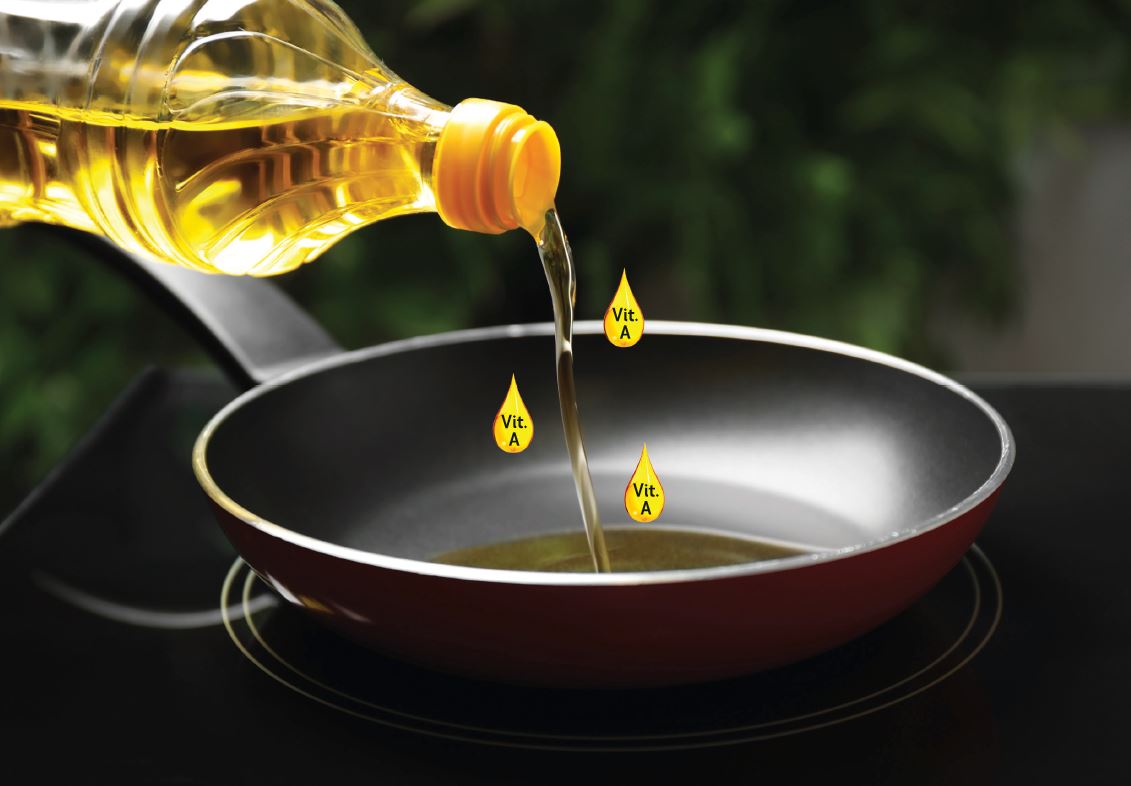 Fortification of edible oil is the process in which the amount of essential micronutrients is deliberately increased to enhance nutritional contents and help to reduce the health risk among people. The process is carried out by adding minerals and vitamins. Almost all types of oils can be fortified such as mustard, groundnut, palm olein, cottonseed, and soybeans. As per the research by FSSAI, the fortified edible oils market helps meet around 25-30% of the daily intake of vitamin D and A in a person.

The surge in health awareness coupled with supportive government initiatives is foreseen to fuel the global fortified edible oils market within the forthcoming years. The process is likely to experience its utmost penetration attributed to the increased usage of cooking oils. Moreover, the key companies in collaboration with FSSAI and the government are also exploring new growth avenues in the market by investing in new innovations. FSSAI has made fortification of edible oil mandatory in some countries like Morocco, Bolivia, Mozambique, India, Nigeria, and Tanzania, driving the global market.

In addition, rising deficiencies of vitamin A (VAD) have led to the birth of fortification programs in the form of initiatives for public health. Thus, several players are indulging in a fortification that is spiking the demand in the global fortified edible oils market.

However, there are certain restricting factors that are estimated to affect the market growth in the future. The increased cost of fortified edible oils is the leading one among a few. In addition, the fortification process is a complicated one that is foreseen to hold back the demand in the market.

The global fortified edible oils market is broadly divided into product type, micronutrients, distribution channel, and region. Based on product type, the global market is segmented into soybean oil, palm oil, sunflower oil, corn oil, olive oil, rice bran oil, canola oil, and so on. On the basis of micronutrients, the market is segregated into vitamin D, vitamin A, vitamin E, And so on. In terms of distribution channel, the global market is segregated into B2B, supermarkets, specialty retail, E-commerce, And others.

Geographically, Latin America and the Middle East & Africa are estimated to emerge as the leading regions in the global fortified edible oils market within the forecast period. This is credited to the rising usage of these oils in several regional foods. The regions are likely to be further trailed by North America and Europe, which are foreseen to register major growth rates credited to the rising preference for organic and healthy food consumption for the overall health benefits.

To cite, a while ago, Global Alliance for Improved Nutrition aka GAIN collaborated with NGOs and private stakeholders to improve the selling of fortified edible oils. It has successfully partnered in Indonesia for the fortified vegetable oil rich in vitamin A.