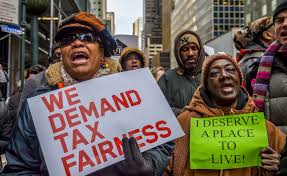 Trust in the institution of the society as well as the capitalism has strained in spite of the economic performance being strong, as per the Trust Barometer of Edelman for 2020.

This study has found that as many as 56% of the population of the globe said that capitalism as of now is doing a lot more harm than the good it is doing in the world.

Most people have said also that the traditional institutions like the media, businesses, governments as well as NGOs who do not have the vision for a future which they can be getting behind in. Lesser than half of these respondents have said that the media, business, government are having the vision of the future. The NGOs had seen the highest approval of 45% from the respondents.

The Trust Barometer in their 20th year and their results have upended the conventional wisdom that the growth of GDP is correlation with the higher level of trust as per the Richard Edelman who is the CEO of Edelman globally. Prosperity has not been distributed fairly as per the broader belief.

This study had been built originally on the political scientist’s work Francis Fukuyama, who had advocated that the mobility of economy supported by the legal system being strong could develop trust and sustain. Although, the events had followed the financial crisis of 2008 and the recession ensuing had proved the model to not be sufficient enough as per him.

While a lot of the narrative about media has been focused on the younger people, Edelman had said that the work had found a little amount of difference in the age groups noted the belief that the capitalism is not a lot more harmful than the good being universal.