Trade deals to not affect the deficit say experts 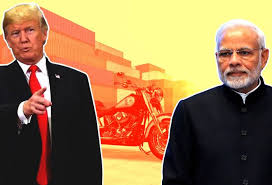 A lot of the discussions taking place recently have been about how the trade deals with China, Mexico and Canada are going to affect the trade deficit of the United States. A few of the experts have claimed that the deals are going to reduce this deficit however the reality is that the deficit has been growing more and more and does not have a lot to do with the policies of trade. This is the reason why the policy of trade has not caused the imbalances in trade.

In between 2018’s first quarter and 2019’s third quarter, the tariffs on the goods from China have reduced the deficit with the Asian giant. However, a trade balance individually with a particular country isn’t something that matters, it is the deficit of trade as a whole that matters for the United States. There has been an increase still in this as the trade imbalance has been growing with the other parts of the world and been growing faster than the reduction in deficit with China.

A part of this problem is that a lot of the exports from China have been redirected through a mediator country like Vietnam for avoiding the tariffs of United States. However, there is a problem which is much deeper which is the mercantile sector that is advising the President on the trade related issues don’t really have the grasp of the issues which cause the deficit of trade. They are seeing this problem as unfair practices of trade however the problem really is the insufficient amount of savings domestically as per the experts and it deserves much more attention than what it is getting.