Toyota To Recall Almost 700,000 Vehicles Due To A Faulty Fuel Pump 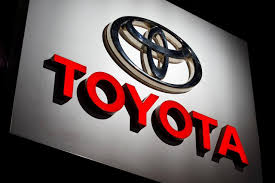 Toyota has announced a recall plan for almost 696,000 vehicles including sedans, minivans, and SUVs, all of which have a faulty fuel pump. Toyota has shown concern over the issue and has quickly come up with the recall campaign before any issues were reported. The recall campaign will also include a few Lexus models.

The list of vehicles to be recalled include 2018-19 models of Highlander, Land Cruiser, Toyota 4Runner, Camry, Tacoma, Tundra, Sequoia, and Sienna. A few of Toyota Corolla and Toyota Avalon models from 2019 are also affected by the faulty fuel pump. Lexus models from 2018-19 included in the recall are LC 500, LS 500, RC 350, RC 300, RX 350, GX 460, GS 350, LX 570, ES 350, and IS 300, along with a few 2019 models of GS 300, NX 300, and RX 350L. Though Toyota is recalling these vehicles after identifying the issue, the company is yet to come up with a fix for it. The company stated that when the problem due to the faulty fuel pump occurs, drivers will be able to see plenty of warning lights. However, the danger occurs when the car is at high speeds as the engine may stall and lead to a crash. The company has assured that it will come up with a fix soon and the owners are expected to receive an official email for the recall by March.

Talking of car recalls, Nissan too has announced a high scale recall of around 346,000 vehicles as it continues to battle with the faulty Takata airbags. Takata, bankrupt now, has agreed to the recall with owners expected to be notified of the recall by February 10. Dealers are also expected to fix the airbags post that date without any charges.

000 Vehicles Due To A Faulty Fuel Pump, Toyota To Recall Almost 700
Previous PostVerizon Gets Rid Of Annual Contract To “Disrupt The Cable Industry”
Next PostUBS predicts three Fed cuts in the rate of interest