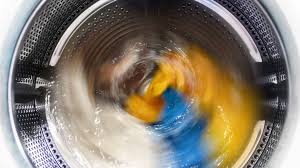 Whirlpool the American consumer electronics giant has spiralled down into a problem that involves two models of its washing machines. The machines were sold in the market to the retail consumers for five years at a stretch and were branded as Hotpoint and Indesit.

But now a technical error in the washing machines has surfaced which can be highly risky. It has come to the forefront that the door-locking system in both these models can overheat and cause a fire. The users will have to wait until the hot wash feature in the machines is either fixed or the machines are replaced altogether.

Whirlpool was already involved with a problem with dryers in some other machines which also involved the risk of a fire. The company was heavily trolled for its serious blunder in that case when the company sold the tumble dryers for a period of 11 years selling more than 5 million dryers. The company only decided to recall the dryers after the regulating authorities decided to intervene. This time however the company has decided to go for a recall straightaway.

About 20% of washing machines of Hotpoint and Indesit were affected by the problem which had been sold since 2014. It is expected that there are more than 519,000 models of the two brands combined in the UK alone.

There are several reports of fires coming out of the washing machine. According to the company, the resulting fore is due to a fault that develops over time.

According to the officials of the company, a statement was released saying that when the hot wash feature in the washing machines are activated a component of the door lock system might overheat and depending upon the features of the machines has the chances of catching fire.

The company is expected to release the recall dates very soon so as to avoid further reports of fire and smoke coming out of the washing machines.