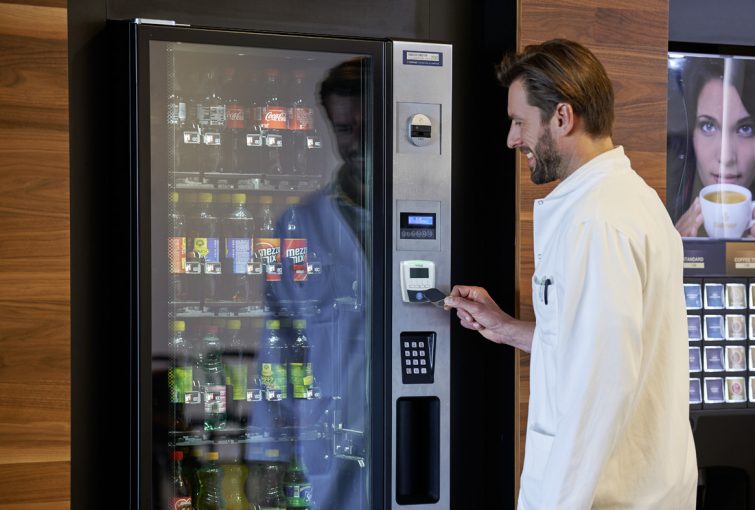 Business experts stated recently that Internet of Things (IoT)-based and digitally enabled smart store and vending machines in the food and beverage (F&B) sector are emerging retail distributors that will drive the growth of the sector.

They also emphasized that consumer consumption patterns are evolving in the F&B market, and smart retail backed by data and insights will be the future, speaking during a webinar on ‘Intelligent Retailing.’

Vending machines and other automated store equipment will be using data to offer customers according to their preferences, he said.

Rajat Wahi, a partner at Deloitte India, stated that a number of developments is taking on in this area for serving hot meals in areas like workplaces and train stations.

Nitin Kathuria, Marico Executive Vice President – Supply Chain, stated that the vending systems has now become a distinct route for the firm, for which it has also customized its products.

As per the study, 75% of direct to consumer (D2C) firms consider that smart commerce enables them to attract new customers for a cheap investment, compared to the modern trade outlets (65%), distribution aggregators (42 per cent), and general trade (52%)

“They also predict stronger revenue growth in the near future as a result of the improved margins and profits achieved by taking out the intermediaries,” it added.

In addition, 75% of D2C brands have been utilizing customer understandings offered through the partner interface and Daalchini app, demonstrating the significance of intelligent vending devices in accordance to consumer insights, conferring to the report.

Previous PostThis eating habit, according to a recent study, may help you live longer
Next PostIn Ethiopia and Nigeria, EatSafe has launched a competition to enhance food safety