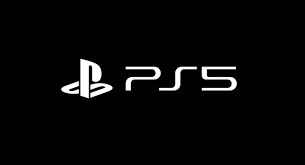 For the second consecutive year, Sony has decided it won’t be attending the E3 this year as well. E3, the Electronic Entertainment Expo, considered to be one the prime trading events in the video games industry, has lost out on its attendance in recent years, which is touted as the reason behind Sony skipping the event. Sony is launching the PlayStation 5 but it won’t be attending the E3 in Los Angeles. Its counterpart, Microsoft Xbox will attend the show as confirmed by the company.

E3 has been an ideal platform for the launch of many popular games across the gaming community. However, there has been a drop in the popularity of the event as other similar events have started gaining the upper hand now. Los Angeles Convention Center, the venue for E3, is an expensive place to exhibit, which is also the reason why there has been a drop in the number of attendees in recent years. Last year, 66,000 was the attendance for E3, down from 69,000 a year before that. Gamescom, a similar event held in Europe and arguably Europe’s largest gaming fans festival, recorded an attendance of 370,000 over the last two years.

Sony stunned the show at CES 2020 recently with the launch of Vision-S, a fully functioning prototype with 33 sensors built into it. Vision-S is an electric sedan that focuses on high level safety while self driving the car. Despite the launch of their prototype, Sony remains reluctant to enter the automobile industry. When asked whether Vision-S will enter into production stage, the company stated it was happy to consider this a one off experiment for now. Vision-S came to many as a big surprise as nobody expected the tech giants to show up with an automobile masterpiece.