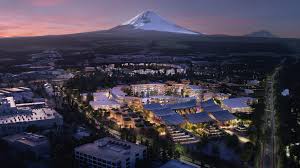 Toyota is planning to build a futuristic city as a prototype on the site which is 175 acre long at the base of Japan’s Mt. Fuji for the testing and development of the new and emerging technologies like the autonomous vehicles.

The president of this automaker, Akio Toyoda has described this city as a living laboratory which is going to include thousands of the residents and is going to test the autonomous vehicles, personal mobility and the smart homes along with AI in the world of real environment.

This company has not announced any cost or time for the completion of this project that is planning to break the ground in the year 2021. The spokesman of Toyota has not responded to any of these reports. The cities master plan involves three sectors for research which are fast vehicles, a mix of lower speed and also the personal mobility which also has pedestrians. There is going to be a promenade which is like a park for the pedestrians.

Toyota has been expecting close to 2,000 people form the employees to the retailers and the scientists who are visiting for living in the Woven City as per the reports from Toyota.

Toyota planning a futuristic city in Japan near Mt. Fuji
Previous PostThe year of elections has started with economies facing stress of escalations in conflict
Next PostInvestors are seeking safety in bond markets