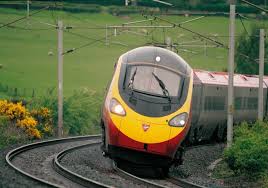 HS2 should happen despite the rising cost, says review

A review was done by the British government in August which concluded that the high-speed rail linking London to the north of England was overshooting its estimated budget of 88 billion pounds. The next review would not be done only after the elections.

The members of the panel that did the review said that the HS2 should be built only with small alterations like reducing the number of trains from 18 per hour to 14. Even the most controversial stretch of the railway track that links West London to Central London should go ahead as planned without any major alterations.

Politicians in North of England along with some businessmen have welcomed the findings of the review committee. But the draft review does not have the support of Lord Berkeley who is the review committee’s deputy chairman.  He had written a letter to the BBC criticizing the reviewing committee’s lack of judgment and balance. According to him, the cost of the project which will go well past the estimated budget has been overlooked.

In a letter written to the Chairman of the reviewing committee, he clearly states that he cannot support the recommendations and conclusions drawn by the committee. The work has to be completed in a very short span of time.

Henri Murison the director of the Northern Powerhouse, however, has shown full support of the HS2 project saying it has the potential to unlock greater growth in the north and the midlands.

The review committee also found out that without the HS2 the prices of the tickets have to be increased by a very high margin to discourage the people from travelling during peak times.

The chairwoman of the Stop HS2 campaign Penny Gaines also discouraged and disregarded and did not support the findings of the reviewing committee and told that the government should stop its hopes of building the HS2 which is just a dream and will never happen and start focussing on more realistic transport facilities.