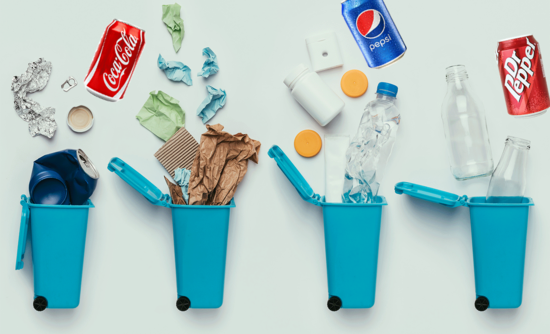 Reportedly, Keurig Dr Pepper, and PepsiCo, The Coca-Cola Company, joined forces with a new US proposal spearheaded by the ABA (American Beverage Association) to decrease plastic waste from bottles. Known as “Every Bottle Back,” this program is supported by the Recycling Partnership and Closed Loop Partners, the WWF (World Wildlife Fund), and is considered as “a breakthrough attempt” to decrease the use of new plastic in the beverage industry. The drinks firms are joining hands together to support the circular plastics wealth by boosting to consumers the worth of their 100% recycled plastic bottles and caps and make sure they are not discarded as waste in rivers, oceans, or landfills.

As a part of the proposal, a $100 Million fund would be utilized to develop grading, processing, and assortment in areas across the U.S. with the largest infrastructure gaps. This fund will be governed by the Recycling Partnership and Closed Loop Partners and would receive additional $300 Million in investments and grants. In an attempt to aid consumers in understanding the worth of recyclable bottles a public awareness movement will also be led. The ABA intends to utilize WWF accounting tactic to measure industry development in decreasing the use of new plastic.

Recently, PepsiCo was in news for a strategic partnership with Refresco in Spain. Refresco would produce a section of PepsiCo’s beverage volume across Spain in this month as a part of a new strategic deal. The agreement involves the shift of two out of three factories PepsiCo at present has in Spain: Seville and Tafalla (Navarra). Refresco stated these production units complement own units in Spain in a technological and geographical way. In Spain, PepsiCo will have a composite supply model, since its third division—located in Alava, dedicated to the manufacturing of carbonated beverages—will maintain to be a part of the company’s operations.

Previous PostDebate Over Mandatory FDA Dietary Supplement Product Listing Is Blazing
Next PostSeries A Funding Round Awards Mooala A Boost Of $8.3 Million