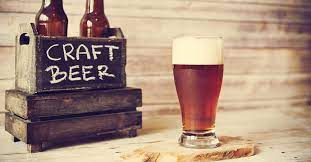 The growing number of bars, lounges, and breweries is one of the primary reasons fuelling the growth of the global craft beer market. The consumption of beer per capita is significantly high, thereby it is expected that craft beer will be consumed more in the forthcoming years. Furthermore, the spike in the millennial population is likely to create several lucrative growth opportunities in the market during the forecast period. The surge in the per capita income of people globally is significantly escalating the sales of craft beer in developing and underdeveloped regions.

Craft beer is regarded as more expensive when compared to standard lager beers. As an outcome, the consumer with high disposable income comes out to be the premium customers for the market that demands a wide variety of craft beers instead of expensive premium beers. Furthermore, the easy availability of raw materials like specialty ingredients and wild flavor additives for the craft will further accentuate the growth opportunities. Innovative packaging solutions are expected to offer several lucrative benefits to the global craft beer market. It is seen that packaging solutions play a vital role in the beverage industry. Therefore, leaders are coming up with innovative and premium packaging solutions, which in turn will accelerate the growth of the market significantly.

By distribution channel, the market can be segmented into off-trade and on-trade channels.

By product type, the market can be segmented into lagers and ale.

Asia Pacific is expected to witness a significant growth rate in the forthcoming years due to the growing disposable income of the people in the region. Furthermore, the growing urban population and wide adoption of western culture in the region will further promulgate the growth of the regional market.