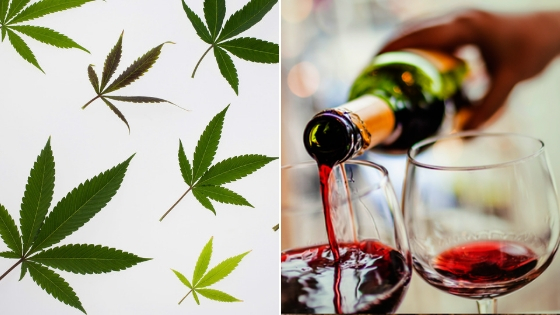 Geographically, the North America region is foreseen to register the highest growth in the global cannabis-based alcoholic beverages market during the forecast period. This growth is credited to the emergence of several manufacturers in the abovementioned region with changing preferences among the consumers regarding the consumption of alcoholic beverages in the nations such as Canada and the US. Besides, many companies are investing significantly in the research & development and overall healthcare industries, leading to the acceleration in the global cannabis-based alcoholic beverages market.

In addition, the nations such as New Zealand and the UK are expected to legalize the consumption of cannabis in a particular form for recreational and medicinal purposes in the coming years. In fact, several countries such as Czech Republic, Italy, and Germany have already legalized the consumption. This is estimated to uplift the market growth in the future.

The global cannabis-based alcoholic beverages market is foreseen to represent a concentrated scenario. The increasing acceptance of cannabis is foreseen to provide several growth avenues for the players. MJ Wines LLC, NABC, Inc., Klosterbrauerei Weißenohe GmbH & Co.KG, Rebel Coast Winery, Wine & Cannabis, and Winabis are among the key players reigning in the global market. As per the recent report, a well-known player, Canopy Growth started its sales of Quatreau in the US. It is sparkling water infused with CBD. It aims to bring the range on shelves in the second half of this year.