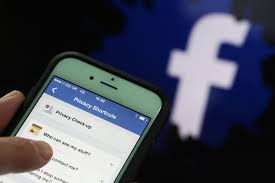 Facebook might shortly convey videos of music to Watch. The firm is supposedly negotiating new licensing agreements with Sony Music, Universal Music Group, and Warner Music Group. As per media, it is asking every label for music videos’ rights.

Facebook earlier negotiated with the companies to allow consumers add songs in clips they post, but it does not have the rights to authorized music videos. If it is capable of obtaining those rights, Facebook can share entire videos on Watch. That might probably drive more consumers to the platform, and it can place Watch as an option to YouTube.

Bloomberg claims record firms have been approaching Facebook for a YouTube option—one that might better protect copyrights and pays them more. And while Facebook states videos on Watch reach almost 720 Million consumers each month, it is expectedly expecting to lure more of its 2 Billion monthly consumers to the platform. By getting the rights to music videos, it can do just that.

On a related note, Facebook has maintained to regulate the programming given out through its Watch platform by ending shows that do not add in enough users. Now, a year since its launch, the company has decided to end Confetti (its trivia game show). The interactive fashion of the show followed in the HQ Trivia’s footsteps, but the reputation of the show has diminished since last year after its peak.

The show will not be coming back to either the UK or the US, a representative at Facebook claimed to the media in an interview. There are local editions of the show in the Philippines, Thailand, Vietnam, and India, but it seems that these will be terminated as well. Confetti wanted to lure users away from conventional TV programming with daily cash prizes and celebrity hosts.