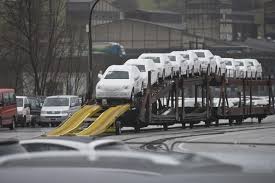 Switzerland has been known to be the country that has the second-best per capita GDP in the world, which makes it the most prosperous country only after the tiny Luxembourg as per the numbers provided by IMF. The GDP/capita in the year 2018 is $82,950, which is close to 30% more than the per capita output in the United States.

The economy of Switzerland is free-trade and capitalistic in nature. Only Singapore, Hong Kong, and New Zealand are ranked higher on the index of economic freedom. However, Switzerland is a country that maintains a few modest tariffs on the imports. The taxes are very low in Switzerland but there are many taxes including even the small amount of wealth tax which has made it among only a handful of nations who have been able to manage wealth tax properly. The country is now letting go of many such taxes as these are a burden on the people who are Swiss and already pay very high prices anyway.

The country has been going ahead with their plans of eliminating the tariffs on import on the industrial goods which is a plan to combat the high prices of the country. The government is going to submit a law to the parliament after it received positive feedback on the proposal which had been initially presented one year ago. The goods like shoes, textiles, and shoes are going to be affected.

This move is going to allow the companies to get benefits from the input costs being lower and is, therefore, going to enhance the profitability levels as per the government on Wednesday.