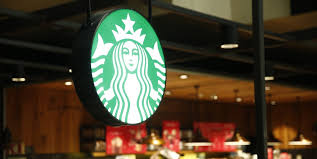 The anti-police culture followed at Starbucks has to stop, says Sheriff Chad Bianco.

Two deputies of the sheriff were laughed at by Starbucks employees. Even after waiting at the store, they were ignored for more than five minutes at the Seattle-based Starbucks in California.

This incident took place at the University of California campus, Riverside. The officers clad in their uniforms were kept waiting for more than five minutes at the store, after which they decided to leave.

Sheriff Bianco while tweeting from his office account has stated that the anti-police culture on display by the staff at Starbucks has to end. The men who had been in uniform had been laughed at and were not served at all, he says.

However, Reggie Borges, the spokesman for Starbucks haDisrespect to Law Officers Continues at Coffee Retailer Starbuckss apologized for the disrespect meted to the two deputies who had come to Starbucks on Thursday.

“We apologize to the sheriff and we would directly apologize to the two deputies too”, says Borges. “We accept responsibility for such disrespectful behavior of our workers to law officers”, he says.

The number of such incidences against law officers is on the increase.

In November, an officer in Oklahoma had been given a cup labeled “PIG”, instead of printing his name. The company had immediately apologized for the incident when it came to light. The employee had been dismissed. The company had then mentioned plans to host an event named “Coffee with a Cop”.

Another incident took place in Tempe, Arizona on July 4. Six police officers were asked to move to another spot when a customer complained that the presence of the officers was making him nervous.

The president of the Starbucks Rossann Williams had apologized for the treatment offered to the police. He said that they should have been treated with dignity and honor, but was sorry that they were made to feel unwelcome.