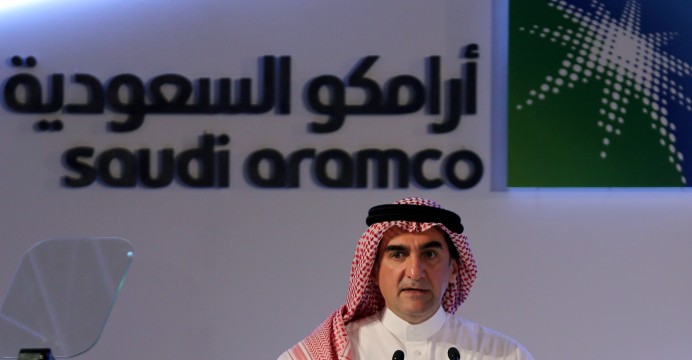 Saudi Aramco’s shares have surged on their second day of trading publicly and this pushed the record IPO of the kingdom to a valuation that stands at the mammoth amount of $2 trillion and has touched briefly the target which has for long been held by the Crown Prince Mohammed bin Salman for this company.

The shares saw a rise of 10% reaching to a price of $10.32 or 38.7 riyals but had slipped back once again to an amount of 37 riyals soon upon the beginning of the market.

This figure is higher by almost $1 trillion than the next largest company in the world which is companies like Apple and Microsoft and had for very long ridiculed and also met with disbelief by most of the communities of international finance.

On Wednesday, Riyadh had created history by the listing of its state-run company’s 1.5% on their local stock exchange. This had been seen as the IPO which is the largest ever on record. The shares started limiting up and rose as the trading began and this had given the company a $1.88 trillion worth valuation on the first day of its trading.

Although the massive valuation is going to be seen as a big win for the crown prince, this has lacked interest from the international quarters which is something that the kingdom had been hoping for. It has relied very heavily on the local investors as the company cancelled their roadshows in New York and London.

This IPO which was long being expected has formed the basic pillar of the vision that the prince has for the 2030 program that is aimed at the transformation of the economy of Saudi Arabia.