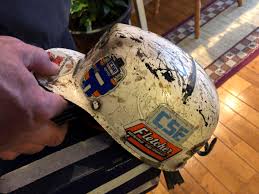 The taxpayers are going to bear a cost of a minimum $15 Billion by the year 2050 as per a new report due to the cut of tax to coal companies being made to fund a trust that is being made for the miners who are sick.

The excise rate of tax on the mined coal which funds the trust known as Black Lung Disability Trust Fund had expired at the beginning of this year as there was no action taken by the Congress. This had led to the amount which the coal companies had been paying into its funds reducing. This fund pays the medical bills and for the benefits of the miners who have been diagnosed by the disease known as black lung disease.

A group known as the Taxpayers for Common Sense had released on Tuesday, a report which said that the debt of the fund may be reaching a high of $26 Billion till the year 2050 and its vice president has said that by its failure of extending the excise tax the Congress has shifted a lot of money in the liabilities from the companies that make coal to the ones who pay tax.

The rate of excise tax per ton of $1.10 of the underground coal had been cut by over half to close to 50 cents in the year. The fund had taken in close to $450 Million as revenue in the year 2017.