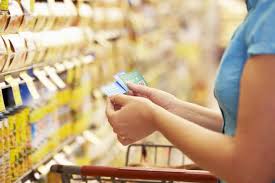 Retail stores have been closing down fast, except in the case of Dollar General. As usual, there are some exceptions to every business.

Dollar General has proven that there is something positive in every gloom. The retailer has been growing rapidly and opening new stores while others are closing their existing ones.

Todd Vasos, the CEO of Dollar General says that all employees work together as a group to achieve high levels of profit.

For the last three months alone, sales have gone up by 8.9 percent, says CEO Vasos.

Though analysts warn that a recession is on the way in the United States, Vasos says that the company is churning out profits and is setting an example to other chains.

We have locations very near our clients, says the CEO. About two-thirds of our customers are located within five miles of our store, which is one of the reasons for our success, he says.

The company sells stocks that have only popular brand names. The company considers its small packaging as its strength as it sells faster than the full-sized products, says the CEO.

Online sales through the Dollar General app bring in more customers and better sales. This helps in giving it a competitive edge to other stores, says the company. This also reduces the number of employees and thereby reduces costs for the company.

However, low prices in the grocery store make it difficult for small stores and non-profit community organizations to compete with Dollar General. There are many local grocers who cannot compete with the prices from Dollar General, though they can supply fresh food within the local community.

But in spite of such stiff competition, Dollar General continues to outperform.