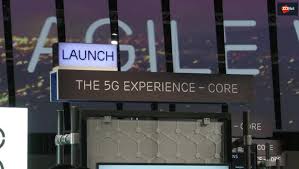 South Korea needs to increase the spectrum 2 times available for 5G by end of 2026. The Ministry of ICT and Science claimed this week that it needed to add almost 2,640MHz of bandwidth by 2026 to the presently assigned 2,680MHz for employment in 5G networks.

Named as 5G+ Spectrum Plan, the project plans to have the widest spectrum in the world available for employment in 5G. If the objective is attained, there will be a sum of 5,320MHz of 5G spectrum accessible by the end of 2026.

The presently assigned bandwidth was targeted at rolling out the first 5G commercial network in the world, the government claimed to the media, but the extra bandwidths will be used in new sectors that will be 5G-supported and prepared for traffic explosion.

The ministry is yet to declare particularly what frequency spectrum will split for what use or in what manner. Particular timeline for set up is also still being mulled over, it claimed, but stated that it will discuss laws for tactical businesses such as smart factory, smart city, and self-driving vehicles with experts along with the private sector before declaring a finalized plan next month.

Commercialization of 5G networks by South Korea started earlier in April and the country was claimed to be the first to do so. It aims to set up mmWave 5G separate services in 2020.

On a related note, KT (the South Korean telco) has succeeded in data shift between a satellite and its 5G network, the firm claimed. The carrier conducted data shift with the Mugunghwa 6 satellite via its network, operated 36,000 Km away by its affiliate KT SAT in space. KT will also be capable of employing the satellite as a back-haul when transporting media files to various devices at the same time, and will also permit the carrier to offer more steady 5G services by bunching its network along with the satellite.